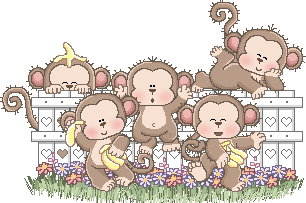 Male VS Female, the age old debate. I realize that each
person has their individual preference and each personality
of each dog is different, but you should never count out a male.
People often want females because they are "more laid back"
than males. I have to say that is totally untrue. Most of the
time my boys are more easy going than my girls. Females are
usually the leaders of the pack. They tend to be more bossy

than the males and more independent. My girls are very
territorial of areas they think of as theirs. None of my boys
stake claim on a certain area of the bed or a favorite toy like

my girls do. I also have seen a couple of my girls that will also
mark their territory by peeing in the house like the boys get
blamed for. Girls can also be horribly moody, going from happy

to ornery in just a flash of seconds. Usually, if a fight breaks
out it is between 2 of my girls and never my boys. Remember;
there is a reason they call girls "bitches". Also on top of all that
you have the cycles of the female to deal with if not spayed.
This can be very messy and time-consuming as you have to guard
your female extra carefully during this time if you are not breeding.

Males on the other hand are very loyal and protective and bond
very well to you. They are less territorial than females are can
adapt much more quickly than a female to new situations. If a male
is neutered early or trained carefully they will not lift their legs.
This seems to be the most common complaint I hear about.
Neutered males rarely exhibit secondary sexual behavior such as

"marking" or lifting their leg. Boys who are neutered early
(by 6 months of age) usually don't ever raise their leg to urinate
since they no longer have the higher testosterone level of an
"intact" male.

house training of a female.

One reason a female is sometimes chosen is so
that it can wear bows and can be dressed up.
There is now a variety of choices of clothing
and accessories for both boys and girls. Most
pet boutiques carry clothing for a boy as well as
for girls.

Some Poodles are couch potatoes and some live to get up and go.

This is something that should be matched to the family.